With this work, there is an internal and external “rooting out,” with an eventual return that becomes a cycle of time. These natural forces are things that we battle with both publicly and privately, but which keep returning as a personal habit or a recurring residual attitude in society that was formed in our past that we cannot seem to change. I have been working with natural overgrowth that I observe on site for inspiration in the creation of forms and imagery that express these ideas, and am both a painter of the eroding nature that I observe as well as an artist that pushes the boundaries of the preciousness of such an art object by placing it into the landscape. 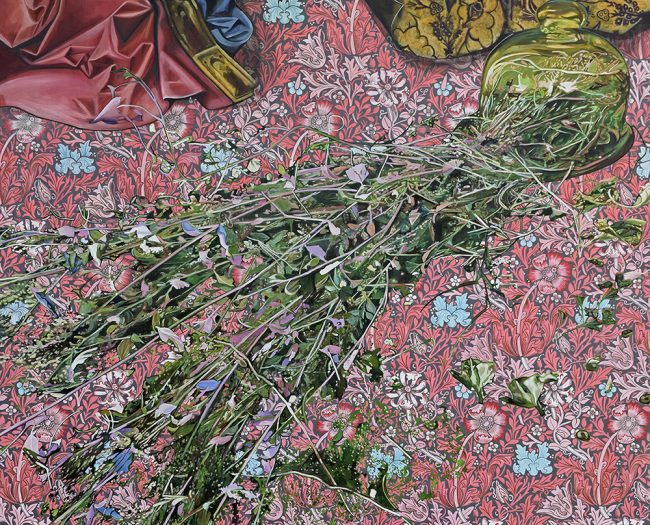 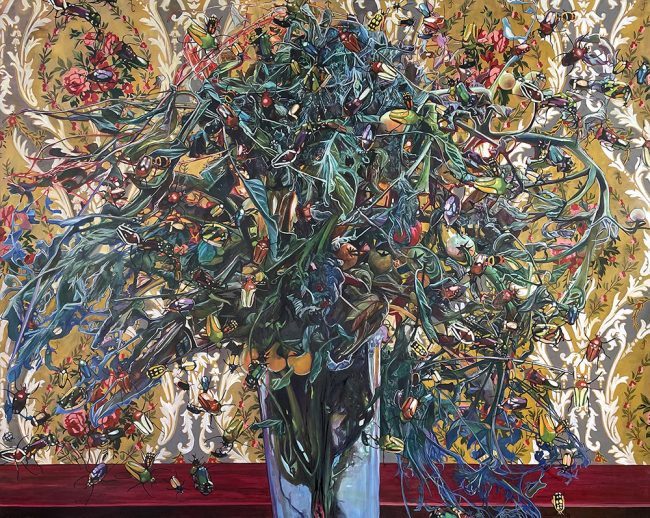 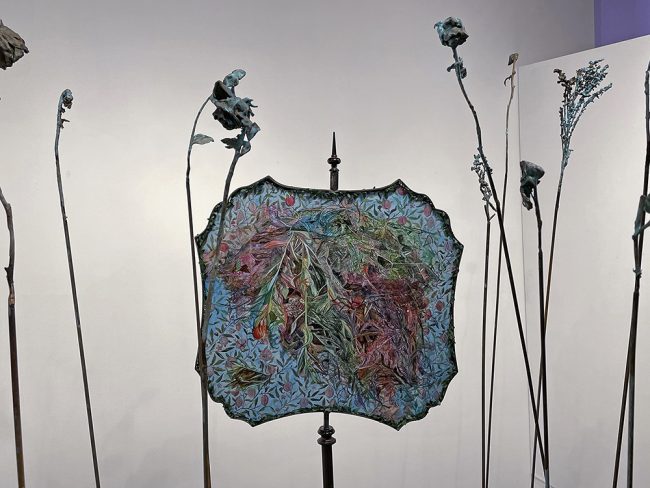 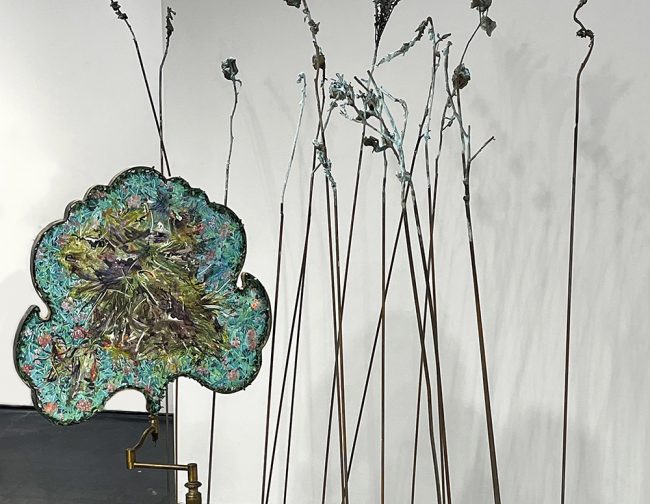 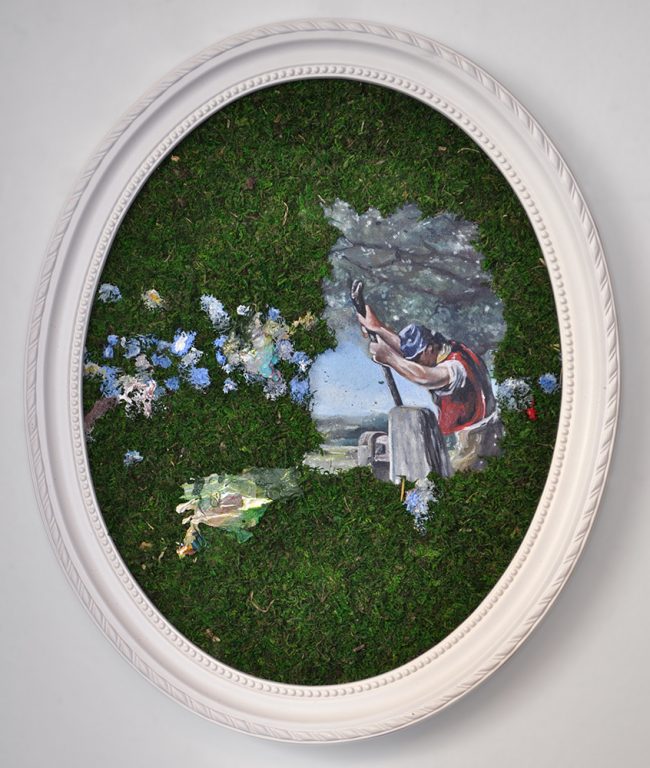 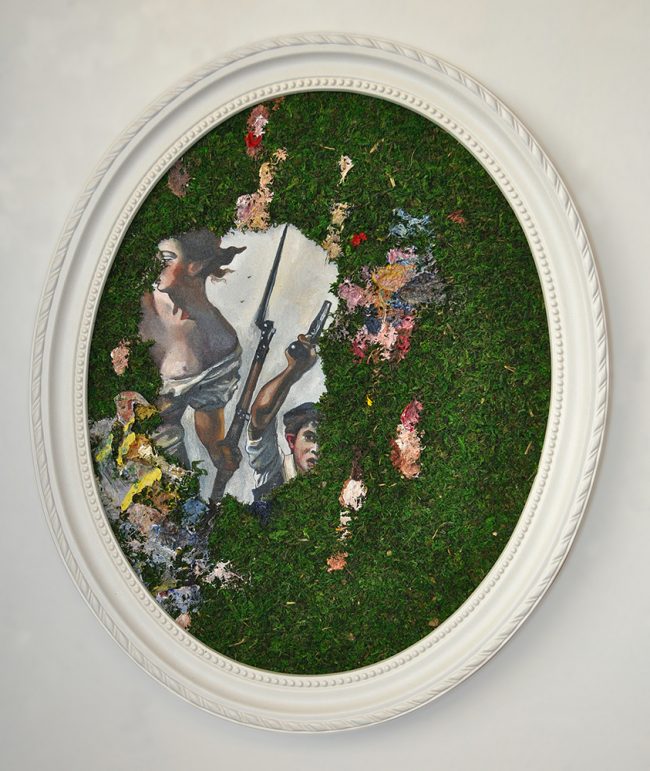 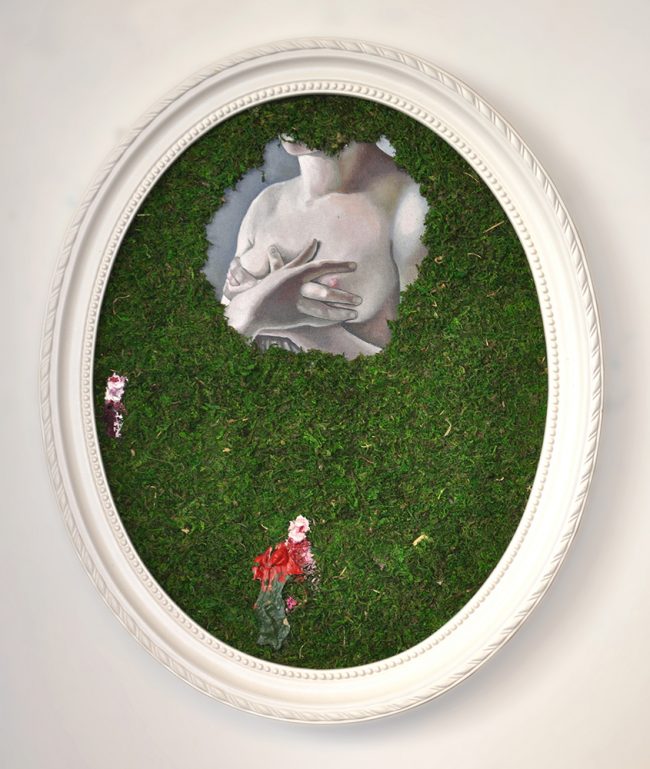 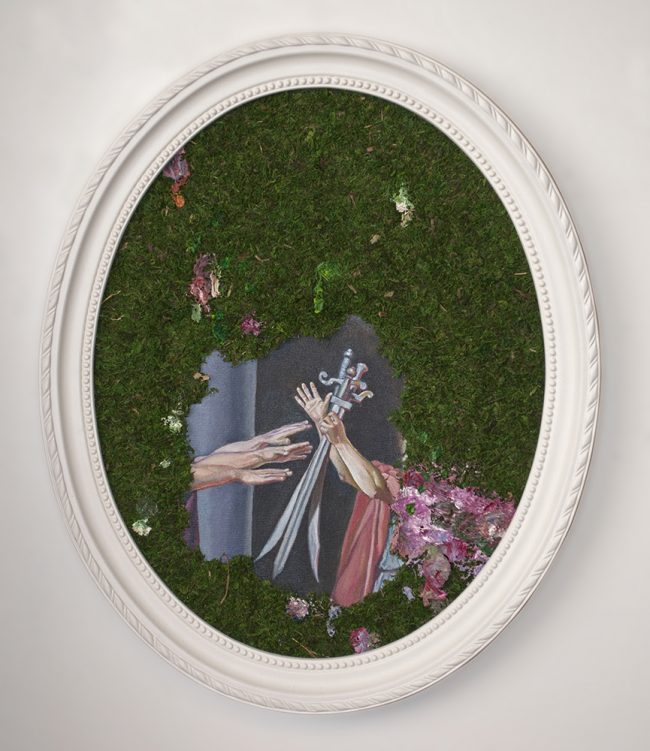 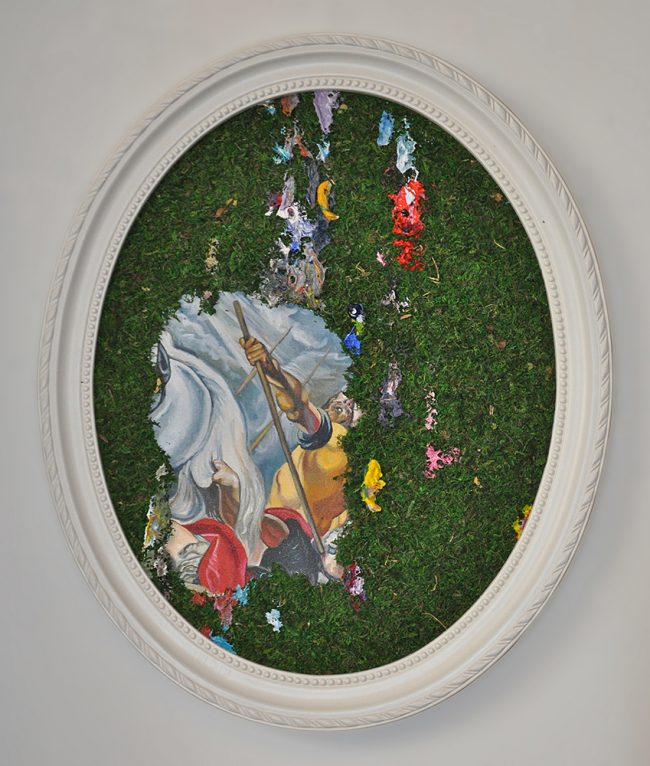